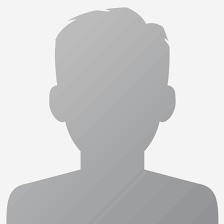 We are excited to have the opportunity to work with businesses in West Virginia.

Developing Shopping Centers and growing our business community is an enormous part of our vision at Ridgeline.

We want the business future of West Virginia to be strong, long-lasting and serve the community in which we live and work.

Thank you for considering West Virginia as a place for your business or development.

Our hope is that you will find many location opportunities on this website for your business or organization.

Contact us with any questions you may have. We look forward to introducing you to our great business community in West Virginia!

West Virginia is within overnight trucking distance of half of the U.S. population and about a third of the Canadian population.

The state’s extensive waterway, railway and highway systems make cargo delivery easy and affordable.
A network of river terminals links West Virginia to ports on the Great Lakes, Atlantic Ocean and the Gulf of Mexico. The Port of Huntington/Tri-State is the nation’s largest inland port, handling more than 80 million tons of cargo annually.

Rail service to major markets is available through 2,600 miles of railway lines served by CSX Transportation and Norfolk Southern Corp.

West Virginia pledges an educated and work-ready work force with among the lowest turnover and highest productivity rates in the country. The state’s award-winning public education system and nationally acclaimed training programs provide the skill sets needed for competing in a global economy.

Business leaders in West Virginia appreciate the work force for its:

National benchmark studies show that our workforce is among the most productive in the nation. For instance, Toyota’s Buffalo, W.Va., plant led the nation in 4-cylinder engine productivity for six consecutive years, according the Harbour Report

The state’s highways represent an extensive and reliable transportation network in themselves. They also serve as links in an intermodal transportation system, providing strategic access to transshipment points by rail, water and air.

These transportation modes combine to offer West Virginia businesses unmatched versatility and convenience in serving regional, national and global markets with the most advanced “just-in-time” delivery.

Choices abound – for work, home and play – giving West Virginians the opportunity to fashion lifestyles uniquely their own.

Large and small, our communities are rich in heritage and scenic beauty. West Virginia provides a safe, comfortable way of life – a life that is more affordable than the rest of the country:

– West Virginia residents benefit from low property taxes and a cost of living that is 8 percent below the U.S. average.

– The state leads the nation in home ownership: 75.2 percent of the housing units are owner-occupied.

-West Virginia has the fourth lowest crime index in the country.